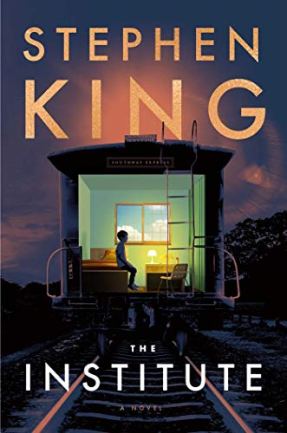 King recently announced that he has a new book hitting the shelves on September 10, 2019. The Institute is 500+ pages and I can’t wait.

A short blurb from the publisher:

In the middle of the night, in a house on a quiet street in suburban Minneapolis, intruders silently murder Luke Ellis’s parents and load him into a black SUV. The operation takes less than two minutes. Luke will wake up at The Institute, in a room that looks just like his own, except there’s no window. And outside his door are other doors, behind which are other kids with special talents—telekinesis and telepathy—who got to this place the same way Luke did: Kalisha, Nick, George, Iris, and ten-year-old Avery Dixon. They are all in Front Half. Others, Luke learns, graduated to Back Half, “like the roach motel,” Kalisha says. “You check in, but you don’t check out.”

I always look forward to a story from him and I love it when it’s a nice, long one.  I don’t know how he manages to release a book at least once a year (this year he released two) but I’m glad he does. Especially in the fall. Always kicks off the RIP Challenge nicely. How thoughtful of him, right?