I have a high school senior and a 7th grader! Hard to believe. Walking into that school for the last time got me all choked up.

I made the decision to just take a break from blogging this week. The end of the year stuff can be overwhelming and since I had to stay home on Monday with the strangest virus ever, I decided, what the heck and just took a break.

Here’s one of the few pictures she allowed me to take. 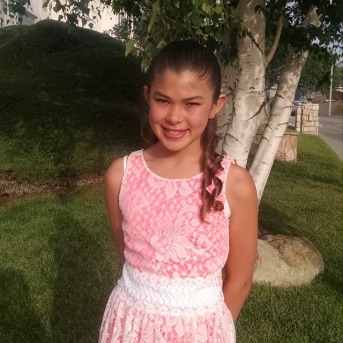 I haven’t been sleeping all that great. I’ve had trouble shutting my brain down at night but it is wonderful to grab a few extra hours of sleep on a Sunday, isn’t it? I feel so refreshed when that happens.

This morning, a bit of coffee and something to eat and then we are off to church. I’ve had a thing for eggs over easy for three weeks now and today is no exception. What I REALLY want is a bagel, slathered with cream cheese, sliced avocado and a thick slice of tomato but my gluten-free self cries when I think of it so eggs over easy work too.

It’s production week for The Sound of Music but with only one kid in the show, the call times are manageable. No running back and forth and only a few late nights.

I finished Misery for the #MiseryRAL. I think both of these buttons were created by Jenni. Correct me if I am wrong! But what fun we had! I won’t say much because some of you are still reading but it was a real party. No lie. 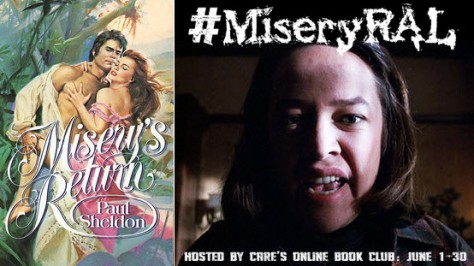 I took a break from A Little Life to finish Misery so I will get back to that one soon. I also started Luckiest Girl Alive on audio. The main character is so shallow but I am just now getting to the meat of the story.

I finished Mad Men, Season 5 and started Season 6. I am going to be sad when I hit the end of this series. It’s been my lunch time companion for several weeks now. I love Sally Draper. There’s something about her character. She’s rebellious and every time she’s in an episode I know Betty is going to lose it in some way.  I really love Joan too. Hmmm. Okay, Don as well even though he can be a total you know what.

I watched the return of Orange is the New Black. Is it just me or was it a little flat?

Last night, we actually went to the movies to see San Andreas. The Girl is terrified of earthquakes but she was at a slumber party so we took advantage of it and went. It was pretty good!

I made tacos this week. I also made spaghetti with bell peppers and ground turkey, pizza another night and yes, breakfast for dinner (for me). This gluten free stuff is for the birds sometimes.

I took last Friday off for the promotion ceremony. It’s so nice to have the extra day. I am grateful that I was able to take it.

That’s it for me. What’s up with you?

18 thoughts on “Sunday Matters: All Sorts of Good Stuff”