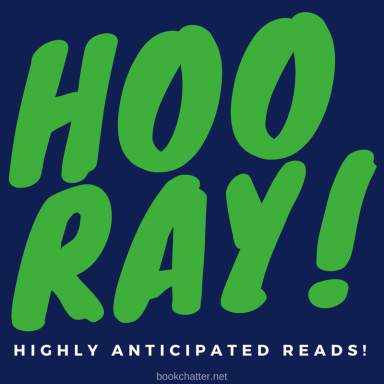 Recently, I went to clean-up my “to read” list and added no less than six titles. There are so many great books coming out! Here are just a few I am super excited about and they are in no particular order:

“An eleven-year-old boy’s violated corpse is found in a town park.”

That’s all I need to know before I pre-order this one. I love that King always comes out with a book right before summer.

“A two-part story about a 36-year-old portrait painter and what happens after his wife divorces him and he moves into an old house on a mountainside west of Tokyo. The mysterious events include meeting a neighbor and finding the painting that shares the book’s title.”

The US release date has not been made public yet. It’s not fair that we have to wait so long for the translation!

“Shannon Moss is part of a clandestine division within the Naval Criminal Investigative Service. In western Pennsylvania, 1997, she is assigned to solve the murder of a Navy SEAL’s family–and to locate his vanished teenage daughter. Though she can’t share the information with conventional law enforcement, Moss discovers that the missing SEAL was an astronaut aboard the spaceship U.S.S. Libra–a ship assumed lost to the currents of Deep Time. Moss knows first-hand the mental trauma of time-travel and believes the SEAL’s experience with the future has triggered this violence.”

“Cassandra Bowden is no stranger to hungover mornings. She’s a binge drinker, her job with the airline making it easy to find adventure, and the occasional blackouts seem to be inevitable. She lives with them, and the accompanying self-loathing. When she awakes in a Dubai hotel room, she tries to piece the previous night back together, counting the minutes until she has to catch her crew shuttle to the airport. She quietly slides out of bed, careful not to aggravate her already pounding head, and looks at the man she spent the night with. She sees his dark hair. His utter stillness. And blood, a slick, still wet pool on the crisp white sheets.”

“Greer Kadetsky is a shy college freshman when she meets the woman she hopes will change her life. Faith Frank, dazzlingly persuasive and elegant at sixty-three, has been a central pillar of the women’s movement for decades, a figure who inspires others to influence the world. Upon hearing Faith speak for the first time, Greer- madly in love with her boyfriend, Cory, but still full of longing for an ambition that she can’t quite place- feels her inner world light up. And then, astonishingly, Faith invites Greer to make something out of that sense of purpose, leading Greer down the most exciting path of her life as it winds toward and away from her meant-to-be love story with Cory and the future she’d always imagined.”

This one sounds like it could be a very powerful read.

I have more because my list is so long but this is good for now. Are you excited about any of these? Any others I need to know about?

As of this morning, The Music Man is done. We battled illness during its run but The Girl did well even though she wasn’t feeling good for most of it.

I am lounging people. LOUNGING. It’s Super Bowl Sunday and even though I have zero interest in the teams that are playing,  I love all the other stuff that goes with it. Plus,  I have the night off from student ministry which makes it pretty nice.

Some have asked for an update so here you go. My son is good. He’s putting his hours in and exploring Disney World during his off hours. He’s making new friends and he seems to be eating okay. So far, so good.

Nothing out of the ordinary this week. Same old stuff. The weather has been unseasonably warm. I mean, it really feels like spring. It’s kind of nice. It makes me think of summer reading.

Speaking of reading. I am reading Nomadland for a non-fiction club. The idea of living modestly is appealing to me. I know some people are forced to live in vans or RVs because they can’t make rent but some people do it by choice, refusing to work themselves to death just to live in traditional housing. I’ve read articles where young people are living this way so they can go to where the work is. Interesting.

I have some review books to get to but I am looking for something really juicy to read. Not juicy like a bodice ripper but a good, psychological thriller would be great. Any suggestions?

I keep talking about all these shows I want to watch and it  never happens. When I have down time, I am either reading or just hanging on the couch staring off into space.

Nothing fancy. I tried cauliflower pizza the other day. Interesting texture. Of course, today is a big food day with the Super Bowl and all. We have been invited to a friend’s house to watch the game and with me being gluten-free and my daughter being a vegetarian, we will be bringing some things to the party as well. Plus, they have a new puppy. Enough said.

By the way, The Girl wants mozzarella sticks:

People with a sense of humor. Gosh, I love to laugh and I love to make people laugh too. I am grateful for all the people who make me laugh.

So, do you have a juicy reading recommendation for me? The kind of book that makes you forget to eat? I want one of those.