A true, honest to goodness horror story about a creepy town and its inhabitants.

I first read Salem’s Lot in my late-teens, early twenties. At the time, I remember anxiously turning those pages but the details of what happened in the story did not stick.

This past October, a group of bloggers decided to read it together and since I could barely remember reading it at all, I thought it would be a good time to revisit it.

It started off really fun. I was totally into the story and loving it to pieces. I even proclaimed on Twitter that it might just be my favorite King novel ever. And then, the story slowed to a snail’s pace and I hit a rut. Actually, I’m not sure what came first but the final pages, the epilogue, those deleted scenes and the like really did me in.

Basically, for those who do not know, this is a vampire story. I don’t think that’s a secret but I do not mind stories that tip their hat to classics like Dracula, and I did feel that King, in his own way was honoring that classic when he wrote Salem’s Lot. How  a small, innocent town can be taken over by such evil, is what makes this book so readable.

My only real complaint is the pacing during the second half. Once the town realizes what is going on, the way they deal with it is dragged out and it became a little dull for me. Could just be me but it felt long and I don’t normally feel that way about King’s books.

I’ve never seen the movie so I can’t compare but even though I felt the book went long, I did enjoy reading it and since I took extra time with it, I do believe the details will stick this time around. 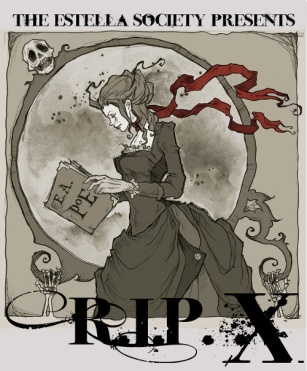 I also read this for the R.I.P challenge which ended 10/31. Have you read it?