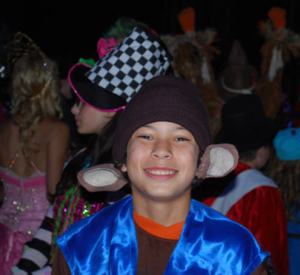 As many of you know, my son was in a production of The Wizard of Oz. The show wrapped this past weekend. He was Nikko, the flying monkey. Many of you asked to see pictures but the theatre did not allow any kind of photography so the only shots that I could get, were after the last show, backstage. There was a lot of whooping it up and hugging going around. It was a fun show. 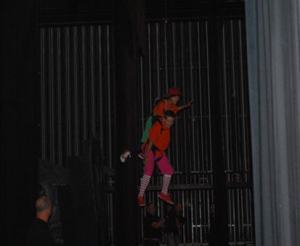 This picture was taken during the flying rehearsal right before the show. My son is the one with the hat on. It looked like a lot of fun. Everyone wanted to fly! 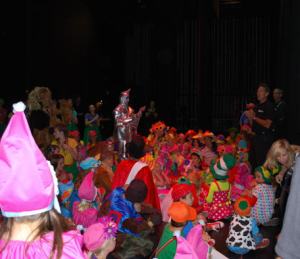 All the kids did a great job and I had fun doing props again. In this picture, you can see that the cast is quite large. Over 220 kids. 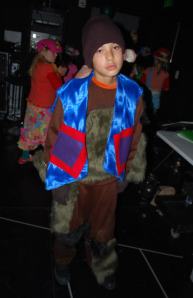 My son does not like to pose for pics so this is his “how many more pics do you have to take?” pic. I told him that if he didn’t smile I would post it on my blog so in keeping my word, here ya go!

It’s sort of sad to see a show close but we are both looking forward to the next show which will be Lil’ Abner. That starts in September and will be here before we know it!

15 thoughts on “Ask and You Shall Receive”